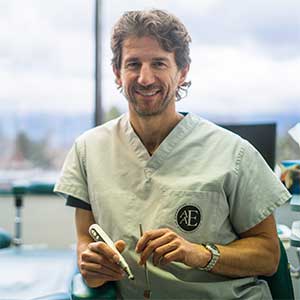 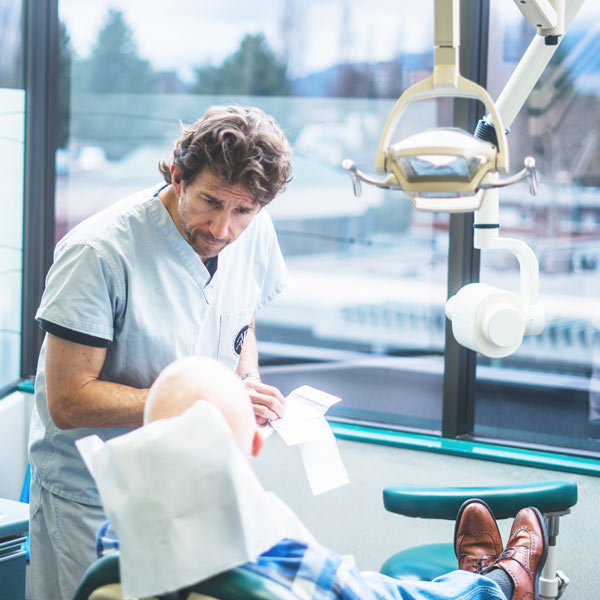 Dr. Abbey draws on a broad background of dental experience as both an endodontic specialist and general dentist gathered from working in both the civilian and military sectors.

Dr. Abbey grew up in the small ski town of Rossland, located in the West Kootenays of British Columbia. He completed a Bachelor of Science (Life Science) at Queen’s University in Kingston, Ontario before coming back to complete both his Doctor of Dental Medicine (DMD) degree (1997) and eventually his endodontic residency (2017), at the University of British Columbia.

In between his UBC dental and specialty programs Dr. Abbey worked in general practice in Fernie, BC in the East Kootenays, in Duncan, BC on Vancouver Island, and in Ottawa, Ontario. He is also a military veteran ,having served with 1 Dental Unit of the Canadian Forces in Victoria, at the Esquimalt Naval Base, in Ottawa, at National Defence Headquarters, then near Quebec City, at the Valcartier army base with the Royal 22nd Regiment (the “Van Doos”), and finally in Petawawa, Ontario looking after members of the Royal Canadian Regiment. With the Canadian Forces he was primarily a clinician but also spent 2 years working in a field ambulance unit and in 2007 was deployed to Afghanistan to work in a military hospital as part of NATO operations providing dental care to military personnel and Afghani civilians. Dr. Abbey is fluent in both French and English. With the Canadian Forces he also completed several advanced training courses in endodontics both in Canada with 1 Dental Unit and through the endodontics residency program at the Walter Reed National Military Medical Center in Bethesda, Maryland; these gave Dr. Abbey the final push to leave his military career behind and pursue endodontics as a specialty.

During his residency program Dr. Abbey completed his Master of Science degree in craniofacial science at UBC, studying how different regions of the human dental pulp express different proteins which perform different roles in pulp function. His research is published in the Journal of Proteome Research and the Journal of Dental Research. His master’s thesis work was nominated by the faculty of dentistry for the UBC faculty of graduate studies Governor General’s gold medal award.

Dr. Abbey enjoys skiing and snowboarding in the winter, as often as possible with his three children Julian, Bronwyn and Elijah, and either running or biking around our beautiful city and province in the summer.

Dr. Abbey is an annual attendee of the endodontics conferences held by both the Canadian Academy and American association of endodontics where he meets with colleagues and attends lectures on new techniques and materials in endodontics, to continue to provide current, state of the art endodontic treatment.